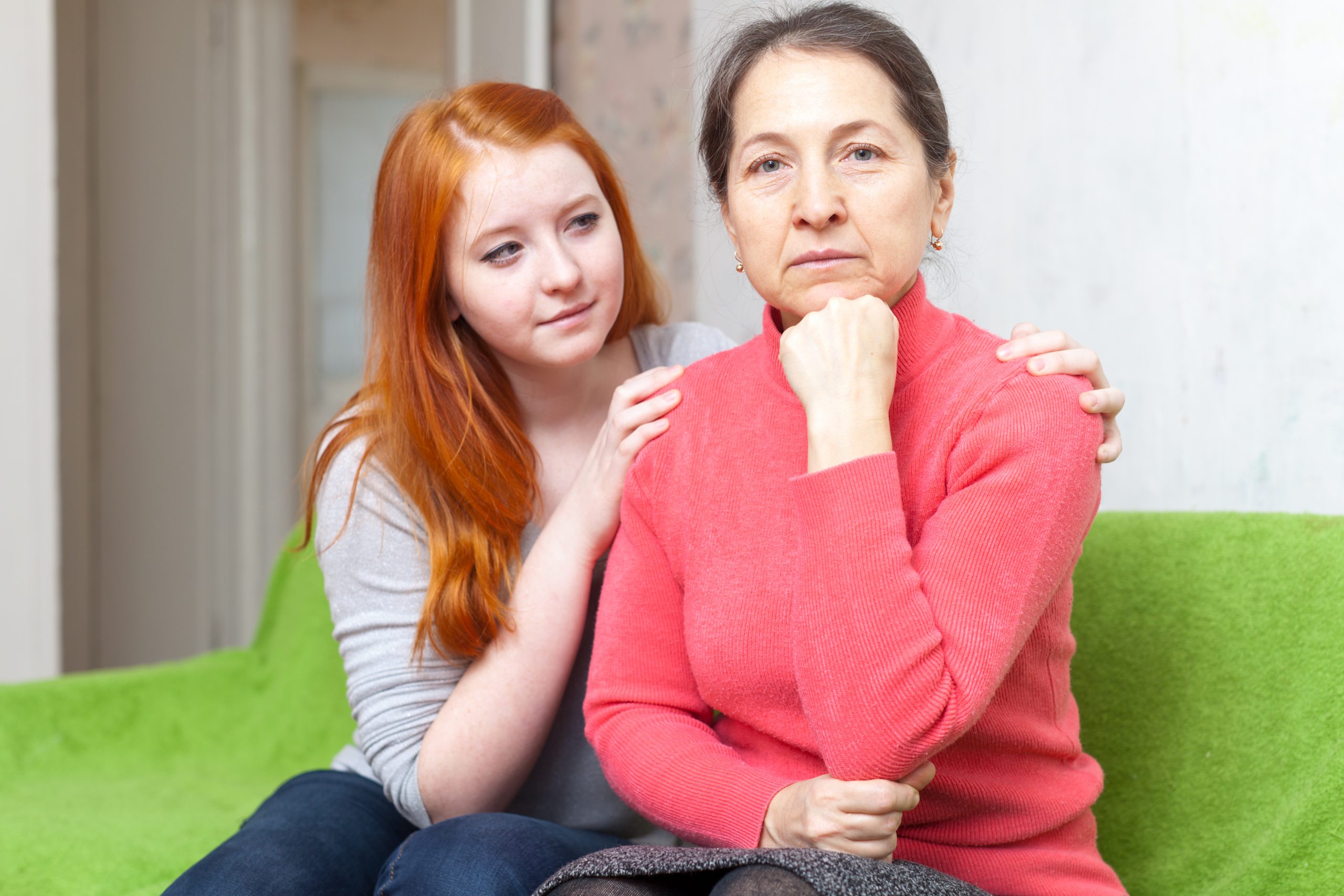 Betty has struggled with mental health challenges, early traumatic life experiences and addiction since she was a teenager. When her addiction and mental health challenges made it difficult for her to take care of her two children in adulthood, Children’s Aid stepped in. Both kids, then a toddler and a teen, were brought into foster care and eventually adopted. Betty shared her experiences with us for Voices of Adoption.

I’ve never really thought about what adoption means to me.

When I was in my 20s, I had a friend who had just found out he was adopted, and he was very angry. I remember thinking that it was nice of his parent to tell him. Some people don’t tell their kids that they were adopted. Some people never find out they were adopted. I suggested to him he should give his parents a chance and talk about his birth parents. When I thought about what he was going through, I thought that I would have liked to know if I had been adopted, and I would probably want to know my birth parents.

When my toddler was adopted, I thought from the other side. I was the one that was giving up my parental rights to another family. I was hopeful. I thought it was a good thing for my family (myself and my two children).

Prior to having to be in that situation, I remember thinking to myself I couldn’t imagine how anyone could give their child up for adoption, especially after my first child was born who was by then a teen. I couldn’t imagine how someone could go through pregnancy and birth and just give their child away. So that was my pre-conceived notion at the time.

But when I think about when it happened to meI was just hopeful that I was making the best decision possible. I didn’t really make the decision, it was made for me by Children’s Aid society but in some ways it felt like my decision to let them go to give them a better life.

The adoption was a result of child welfare getting involved.

When my kids were apprehended, I was devastated. It felt like my heart was being ripped from my chest. I remember talking to the worker and begging for my kids to be placed together. I think when kids are placed into the foster care system it’s very hard, it’s better for them to be placed together. Because when you’re taking the kids from the family that’s already a split, and then splitting the kids again is hard. From the children’s side, that would be 3 times as hard. I just lost my children, but they are losing their family. I was lucky that they went to the same home.

Reflecting on it, I believe that what my kids went through was much harder than what I went through. I know it’s hard for children’s aid to keep kids together, but I think that’s important.

Before the adoption, when they were in foster care, having a relationship with them was very hard. With my teen it was easier because she could communicate. I remember one time when both my girls came in and my toddler (then 2) had had her hair done and she said, “Mommy did it” (she was talking about the foster mom at the time). I felt like I was stabbed. It tore me. That was really hard.

At the time I didn’t really think about it but I think my oldest had the hardest time of all of it. She lost her mom, she became a surrogate mother to her sister. She probably felt a big responsibility on her shoulders. These were things I didn’t think about at the time, I was just more thinking about me.

Obviously, I appreciated every moment spent with them but every time I had to leave, and they didn’t come home with me it was hard.

The CAS was fabulous. They were very generous with me. They gave me a lot of chances. They were rooting for me. I think they gave me a little over two years to get my s**t together. But at the end of two years, I was still using.

They told me that my toddler would be adopted. But it wasn’t until I was actually in the courtroom, and the judge was telling me that it felt real. I don’t remember the wording; I just remember crying through the whole thing. I remember being very respectful, saying ‘yes your honour’ and answering any questions the judge had.

I was using at the time so don’t have a lot of memories of that time. I was shell shocked, it was almost like PTSD, from the point of my kids leaving the house. I remember them walking down the hall and knowing that they were leaving. From then to being told by the judge that I was giving up my rights as a parent, I was just trying to get through each day.

At the time, my best friend had a child of the same age.

We were pregnant at the same time. She gave birth in June and I did in August. She was going through the same thing, she lost her child as well. I don’t like saying I lost my kids because I am responsible for what happened. I didn’t lose my kids, I was the catalyst for them leaving. Children’s Aid didn’t do it because of them, they did it because of me. I am responsible for their actions.

For my friend it was almost like a death, she mourned her child. I was lucky because I got to keep a connection. I think having the connection is important, it’s important for the parents and the kids.

The only thing that made me uncomfortable was I was watching my youngest grow up and it was without her permission. I felt I was invading her privacy as a person, maybe she doesn’t want that connection. I think I got the best of the deal because I was able to watch her grow up.

To me, I don’t consider my teen to be adopted. I got lucky because the adopted parents also took my teen daughter in but I was able to keep seeing and visiting with her. But I didn’t see her as being adopted, I just saw her as being fostered and she was still my daughter she was just living with another family. *

After many years I’m still feeling…I don’t even know to answer that. It’s still a loss to me. A big huge loss. Even with my oldest, I wasn’t there for her teen years. I can’t say I’m ok now. Because I’m not. I won’t be okay until the three of us are together again. I won’t feel complete until that happens, I will go on feeling incomplete.

I guess I should be happy, I still have one child. I am grateful that my oldest still talks to me and that she still considers me her mother and that she is proud of me. I can’t believe she still wants to be with me. But I still had two baby girls, I’m still missing one. And I will always miss her. Unless she decides to reach out.

This blog is the story of a birth mother and only represents her views and processes. While it reflects many common experiences, it is unique to her and does not wholly represent the complex and unique experiences of all mothers whose children have experienced adoption to another family.

*Teen daughter was morally adopted by the legal adopted parents of the toddler.

Please contact us if you have questions or want to discuss anything you’ve read or seen on our website further. We are available to answer any questions and assist you with an adoption application, if needed. We will get back to you within three business days.